Two ex, LAPD cops out cruising come across a black preacher nailed to a dead tree. 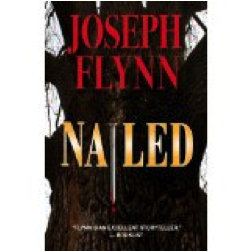 The crime, inexplicable and horrifying as it is, leads to a polarisation of racist and bigamist elements in the town as the men, Deputy Chief Oliver Gosden, and Chief Ron Ketchum become something of a focal point because of their skin colour and wrongly, assumed prejudices. Gosden is black, Ketchum is white. Ketchum has a history that he is trying hard to live down. Gosden has no reason to concern himself about the colour of his skin in the town of Goldstrike. But all that is to change as the bigots emerge and challenge the authorities to come up with the right answers.

It becomes black against white. But in the mix comes a renegade, mountain lion, intent on attacking the people of Goldstrike. It’s a problem that Chief Ketchum can do without, and is ably supported by the tough, ex Hollywood actor and Mayor of the town, Clay Redman as he battles to confront old demons and new ones.

This is a thriller that fans of Joseph Flynn will soak up with enormous pleasure. For newcomers to Flynn’s work, it may take a while. Flynn is a good writer. His detail and characterisation is excellent, and his plot difficult to work out. The clues are there and I suspect some of the more ardent detectives among the thriller readers will pick up them up. There are a couple of weak ‘get-outs’ that some might groan at, but overall this is a sterling piece of writing and I recommend it.